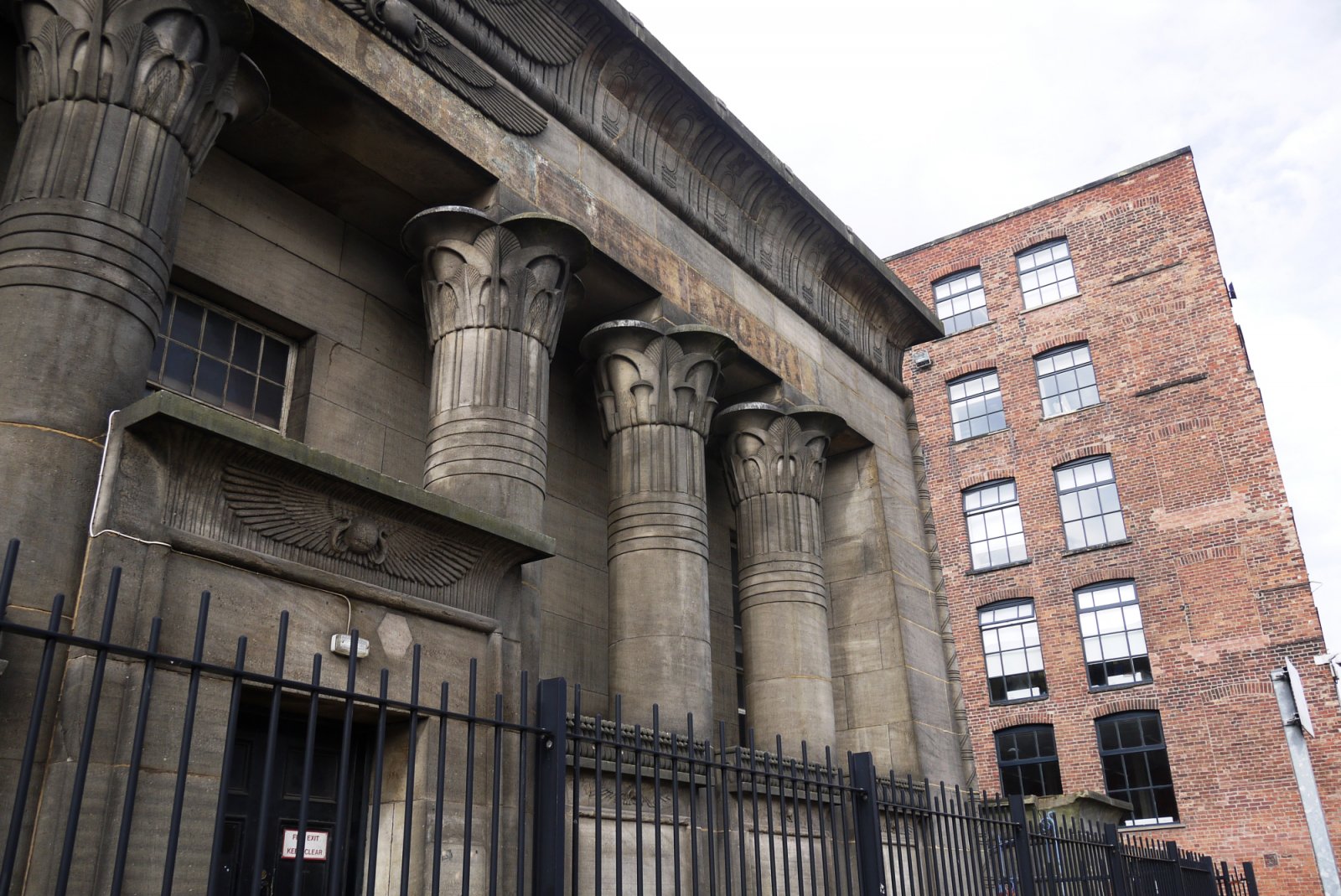 An iconic structure in Leeds, Temple Works was once one of the most technologically advanced buildings in the world.

The building was originally designed as a 1830s flax mill by Joseph Bonomi for the John Marshall, a local and influential industrialist. Today, it stands as a reminder of its role as the birthplace of industrialisation in the late 18th century.

Temple Works is modelled on the Temple of Horus at Edfu and features a striking Egyptian entrance. The building is innovative as a single-storey space – the largest in the world at the time – placing all manufacturing processes together, and as an engineering solution with a rare grass-covered, dome-vaulted roof structure as an early form of environmental control.

The building has stood largely empty since Kays catalogue – the clothing company – moved out in 2004 and in 2008, part of the stone façade collapsed. A number of detailed structural and condition assessments have since been carried out to continue to inform a plan for securing its future.

Purcell have previously provided specialist pre-acquisition advice, setting out the development potential and constraints of the site in heritage terms to unlock the planning process and aid the development brief.

We have also advised on the BIM execution plan and modelling specification as the fundamental basis for coordinating future design information and project delivery.