Stowe House is an 18th century country house in Buckinghamshire, England. Purcell has a long and proud history working on the house, having been commissioned in 1999 to embark on an ambitious phased programme of repair and restoration. Through several phases of external and internal repairs, we have transformed the historic house to ensure its longevity, increase the number of visitors, and improve accessibility throughout. 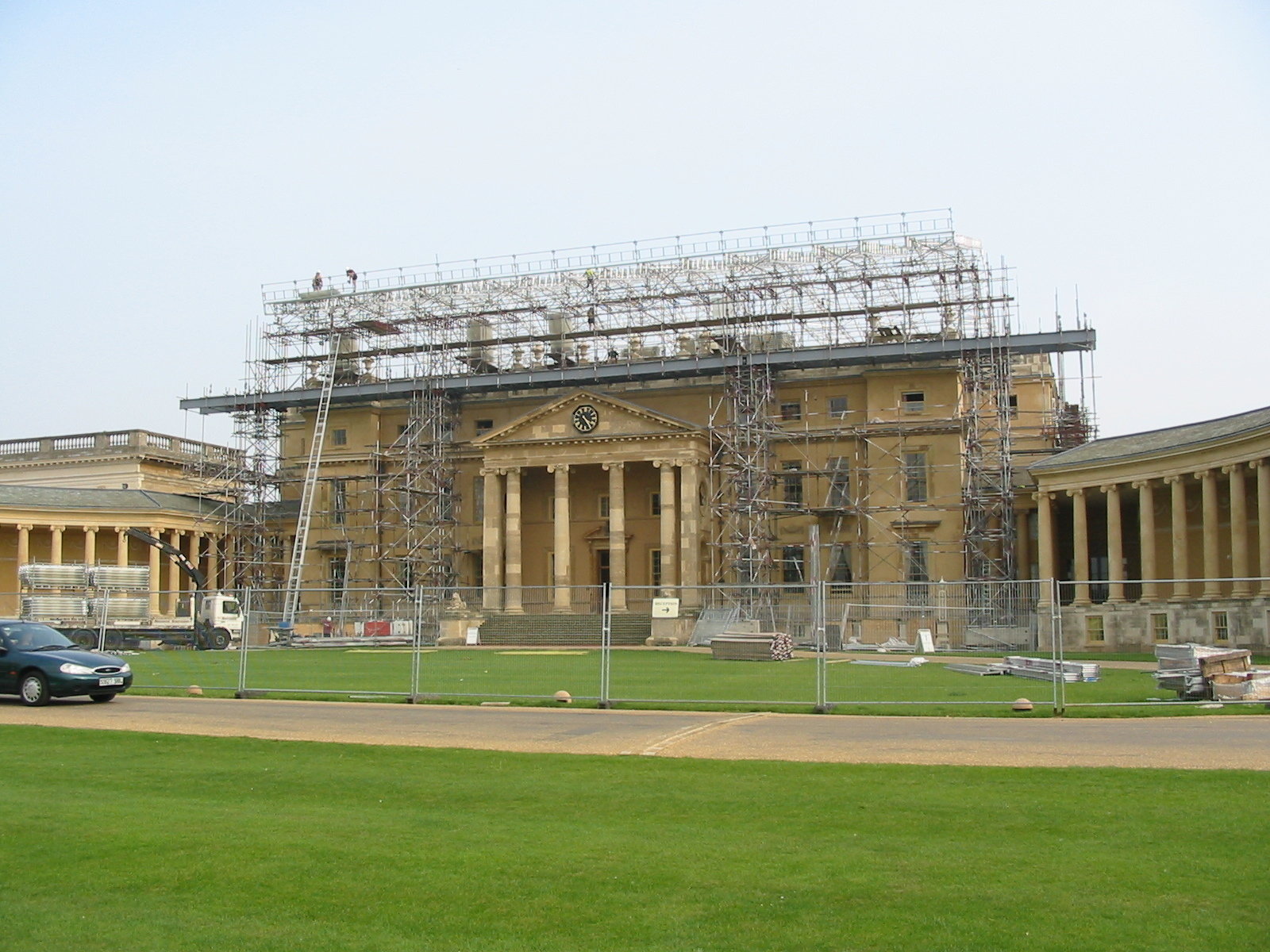 For the first phase of the project, we repaired the north front of the house, removed the car park from the forecourt and improved visitor’s approach to the building. A local sand quarried at Finmere (formerly a part of Stowe estate), lime, and a cream render was specified for all subsequent work. We removed harmful salts on the brickwork with poultices before re-rendering and repairing the building’s facade. 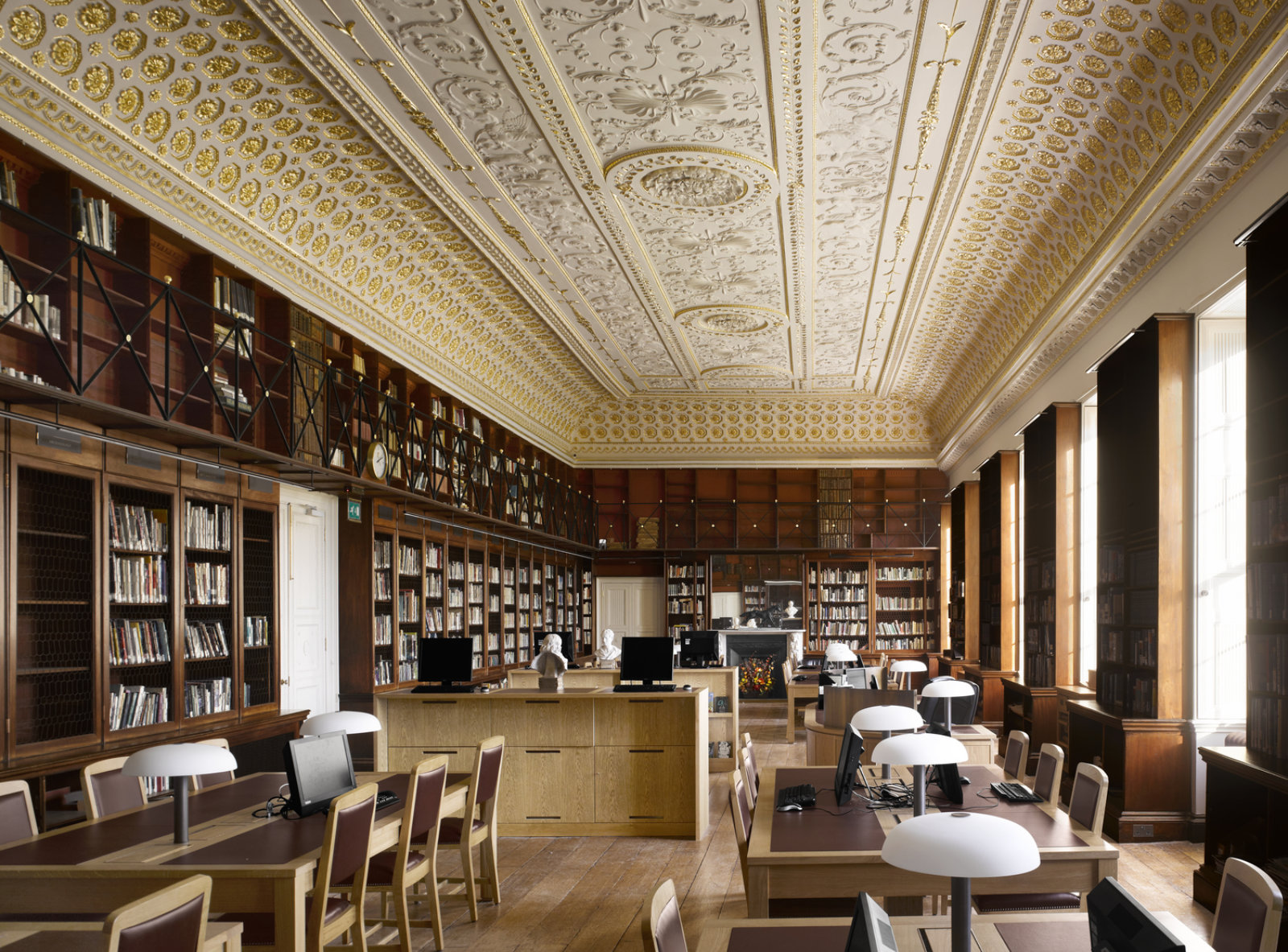 As the roof had to be re-laid, our team sourced local Westmorland stone slates for the rear slopes of the colonnade roof. To recreate the herms, a square stone pillar with a carved head on top was sourced from Port Lympne in Kent.

We undertook stonework repairs using Bath stone which matched the local stones used by the original builders and mimicked their original 18th century technique to stain the stone with diluted copperas.

Phase two of the project, funded by the National Heritage Lottery Fund and World Monuments Fund in Britain, consisted of the repair of the spectacular marble saloon and structural repairs to the central mansion roof and south portico stonework (including the south steps).

The south front restoration required the removal of a 1960's aluminium and a lead roof over the central mansion house to reveal the dome which was supported by (previously) rotten timber beams. 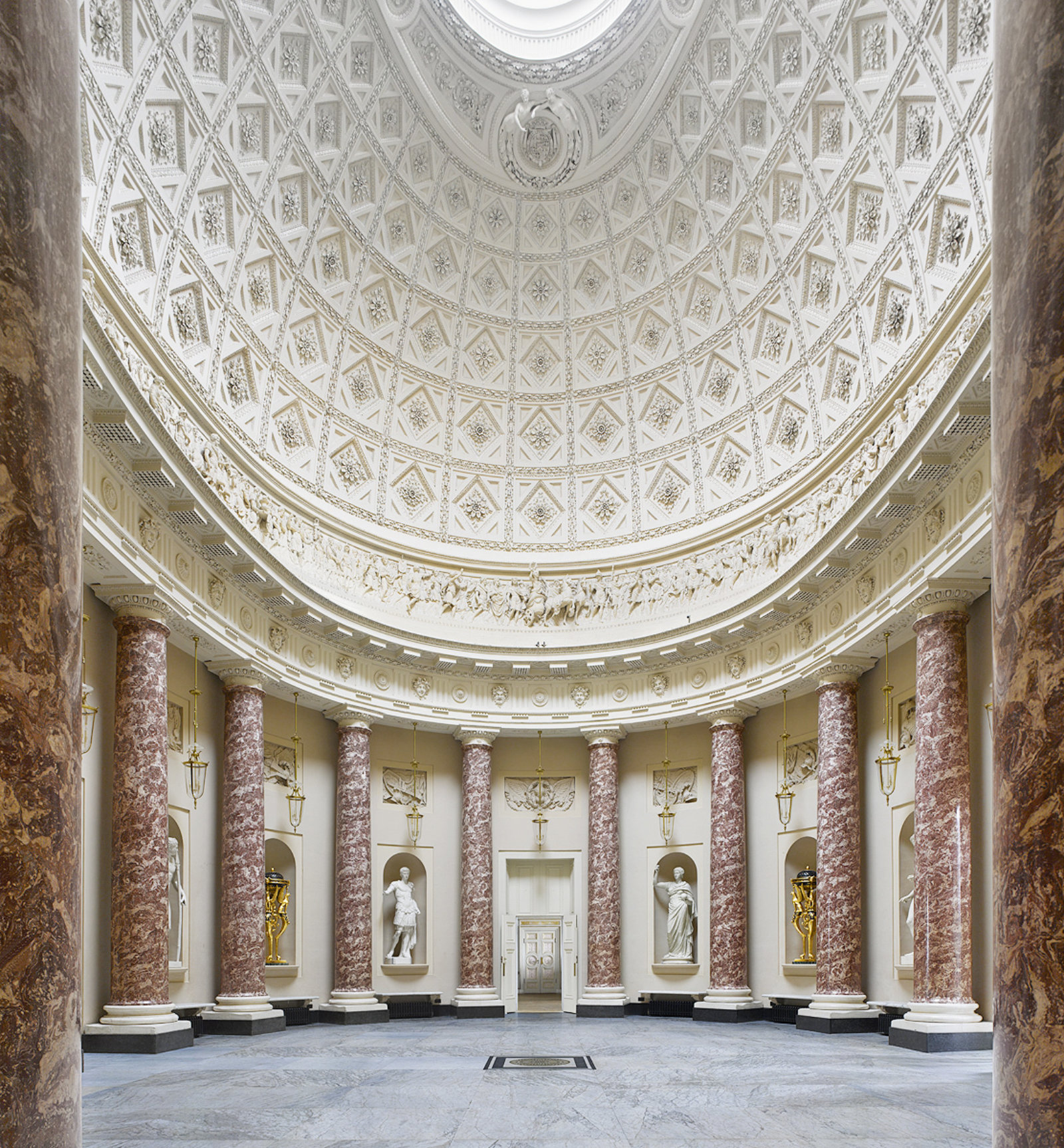 The Roman triumphal bas-relief frieze of a procession scene was damaged, and we replaced missing limbs, spears and facial features. The marble floor and scagliola columns were also restored to their former glory. 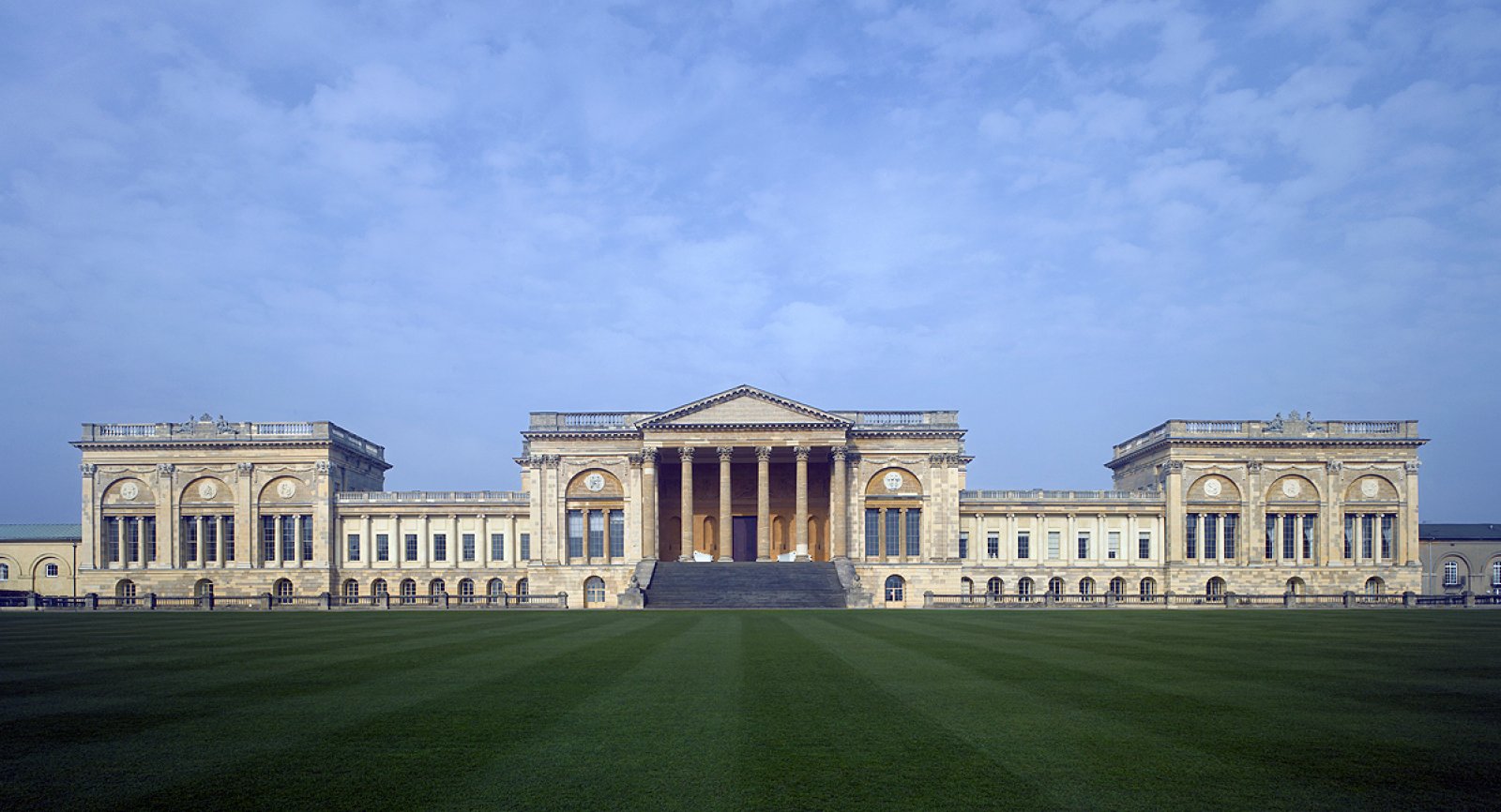 Continuing work to the south front, we undertook masonry repairs to the western pavilion, the garter room and the state dining room wing. This was followed by re-roofing the state library, internal repairs and ceiling redecoration. During these works, we found many traces of gold leaf and thus we reinstated the original decoration to spectacular effect.

Further internal conservation repairs were undertaken in the music room and the Egyptian hall followed by a recreation of the 19th century appearance of the blue room (with the addition of new silk damask to the walls) and careful repair and conservation of the Kent ceiling in the north hall.

Extensive conservation has addressed the practical needs of Stowe House Preservation Trust’s tenants, Stowe School. From the careful upgrade of heating, wiring and fire protection systems to joinery and floor repairs, the estate has been brought up to 21st century standards.

Work has been carried on throughout the school terms necessitating careful planning to facilitate the smooth running of the school and the continued welcome to visitors.