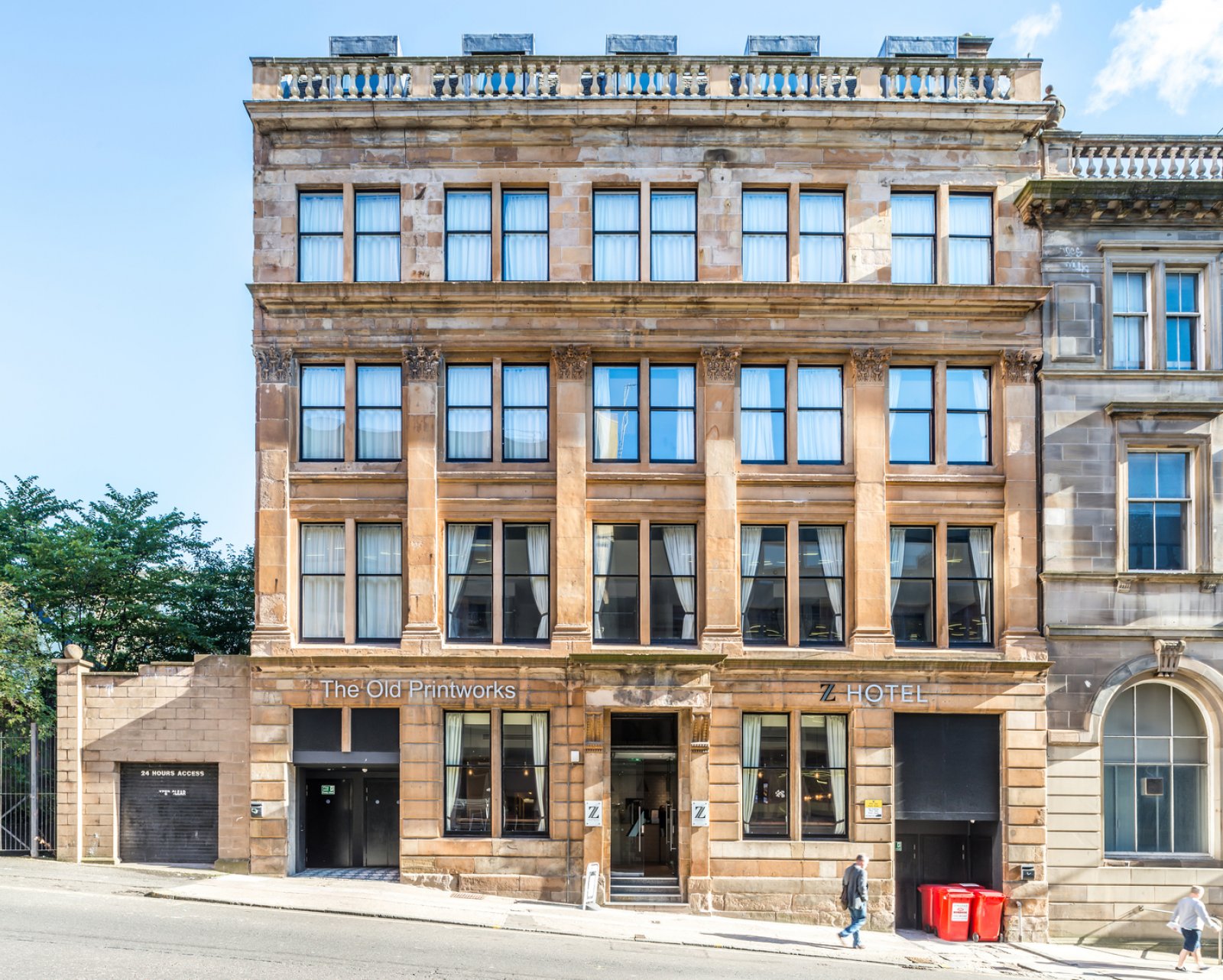 Purcell was appointed to obtain planning and listed building consent for the alteration and extension of a vacant B-listed former print works to 104 bedroom hotel.

It was originally built in 1882 for Guthrie Wilson & Co Stationers, who owned a number of factories in Glasgow at the time. The building has been altered over time and was last used as a public house. Part of the roof had been damaged by fire leading to water ingress and an advanced state of rot throughout the building.

The existing building had a deep plan with few windows. New openings were created to the north and south and rooms were arranged around a central atrium. To provide the necessary accommodation a new zinc-clad rooftop extension was added to the rear of the front pitch so as not to alter the street elevation. 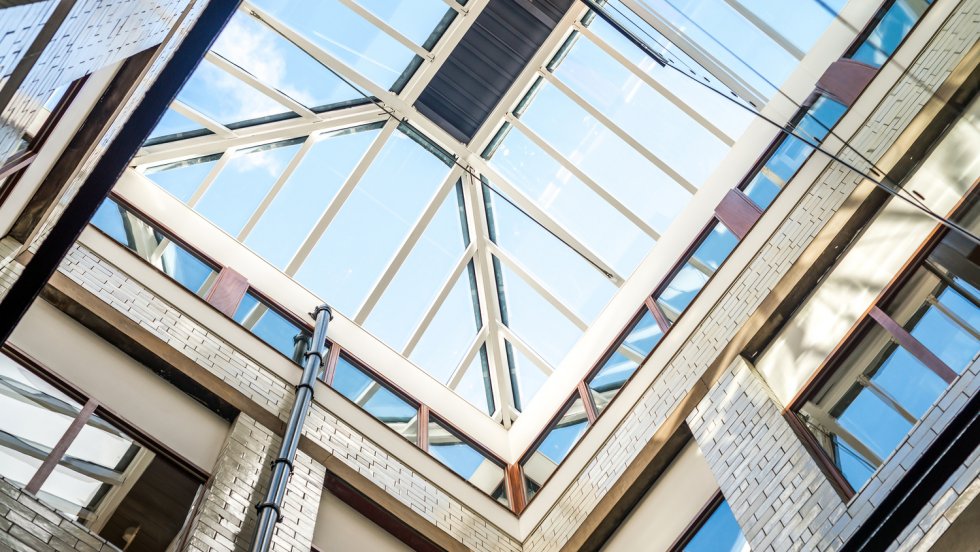 The building was subject to exterior masonry repairs and new windows were fitted to reduce heat loss and sound transmission. 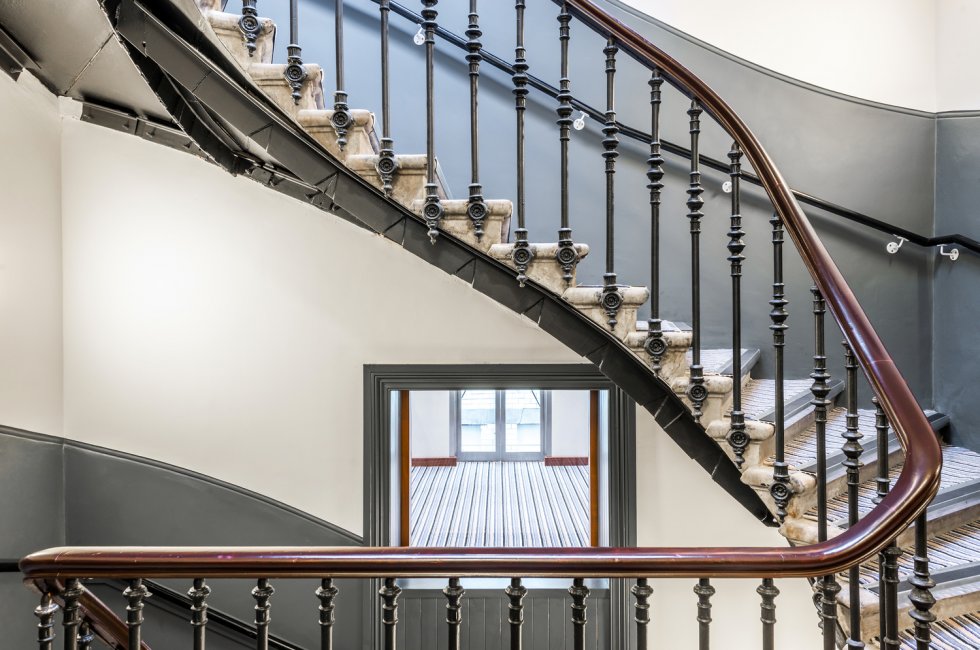 Remaining original features such as the Pencheck staircase and central atrium were retained and expressed in the design. 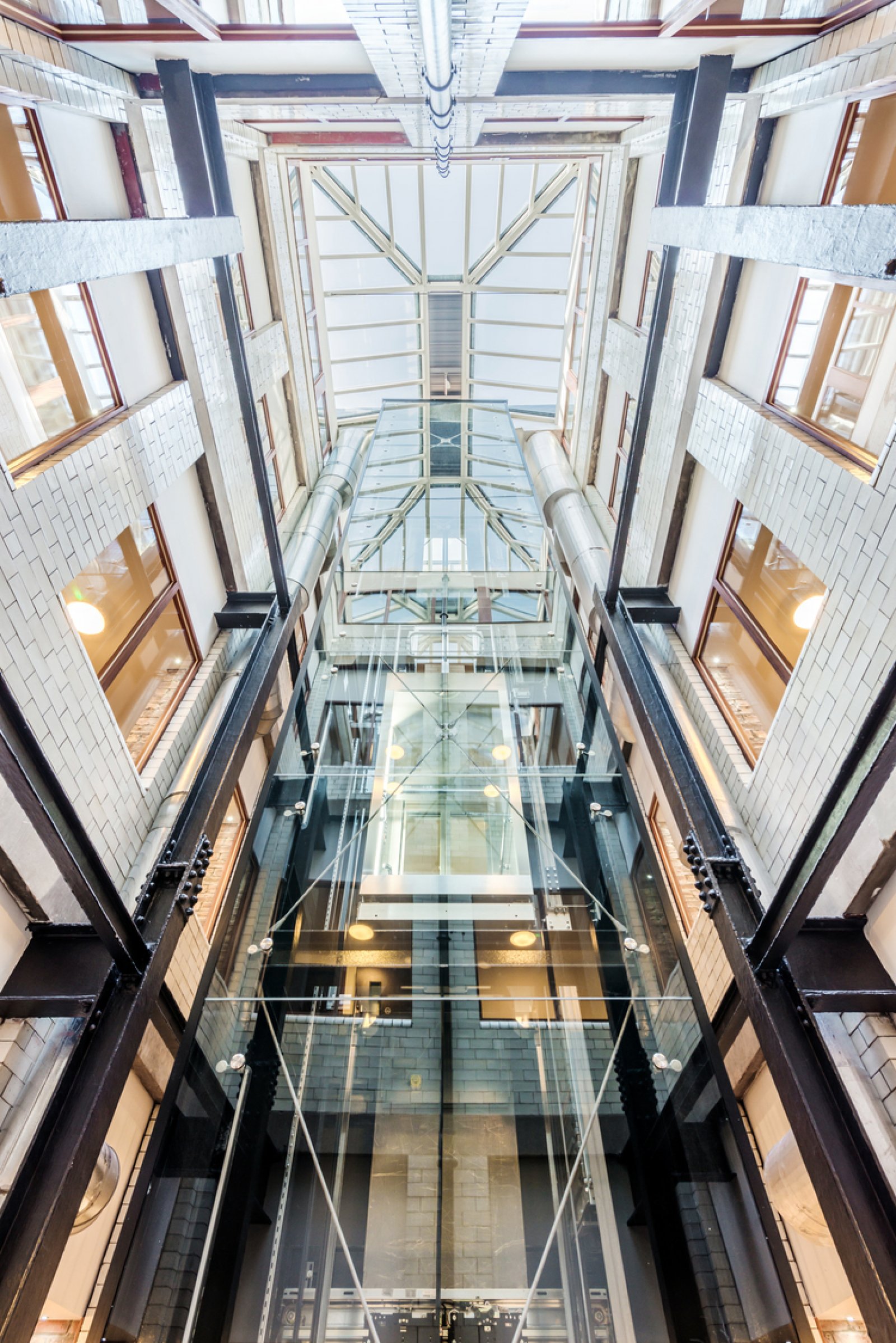 Bedrooms were provided on all floors and a new glazed lift was inserted into the existing atrium.

Existing brick walls with Glasgow-made bricks were exposed at ground floor within the coffee shop and within some bedrooms. 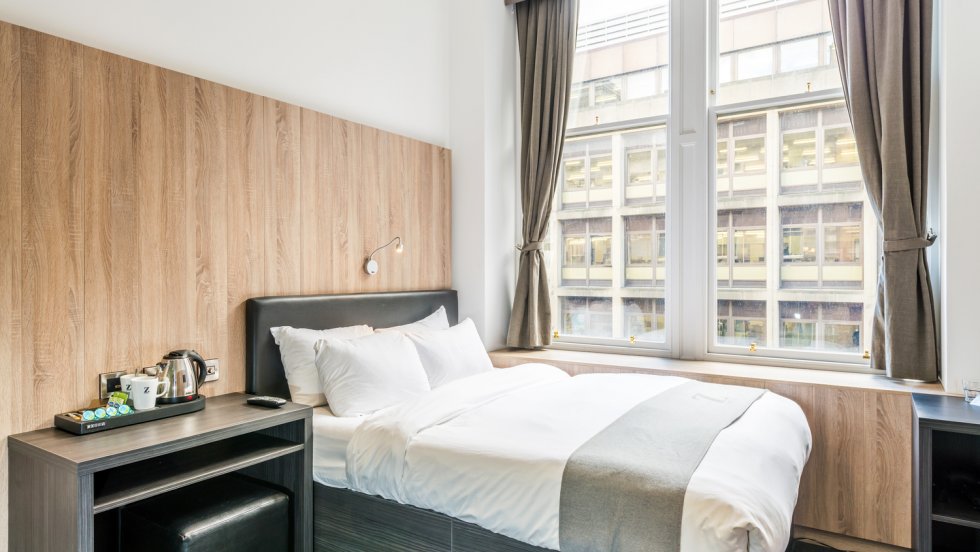 Rotten timber sash and case window were replaced with new to match but with slim double glazing to reduce heat loss and sound transmission. 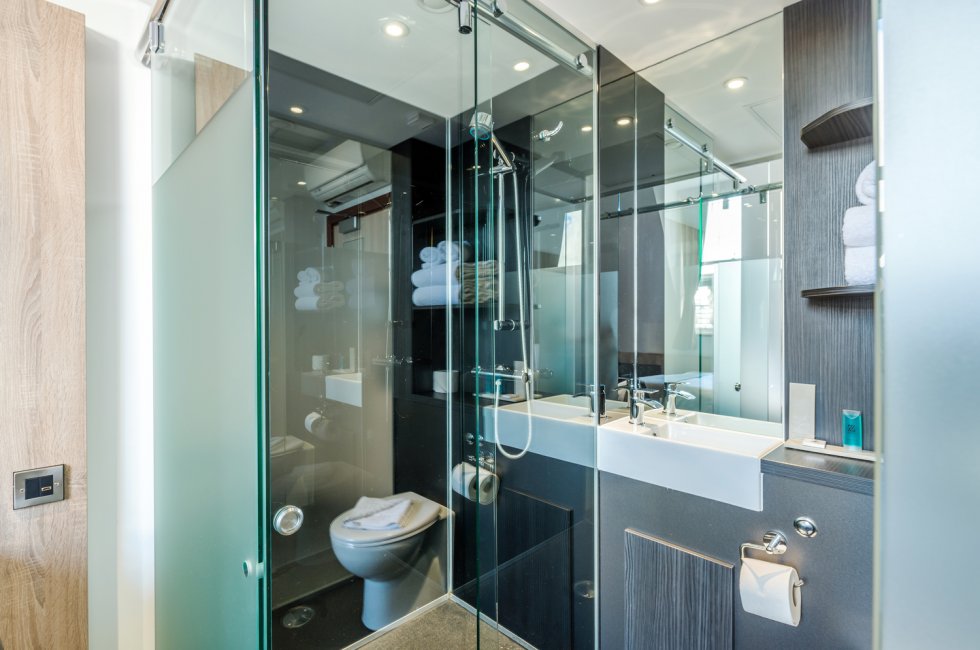 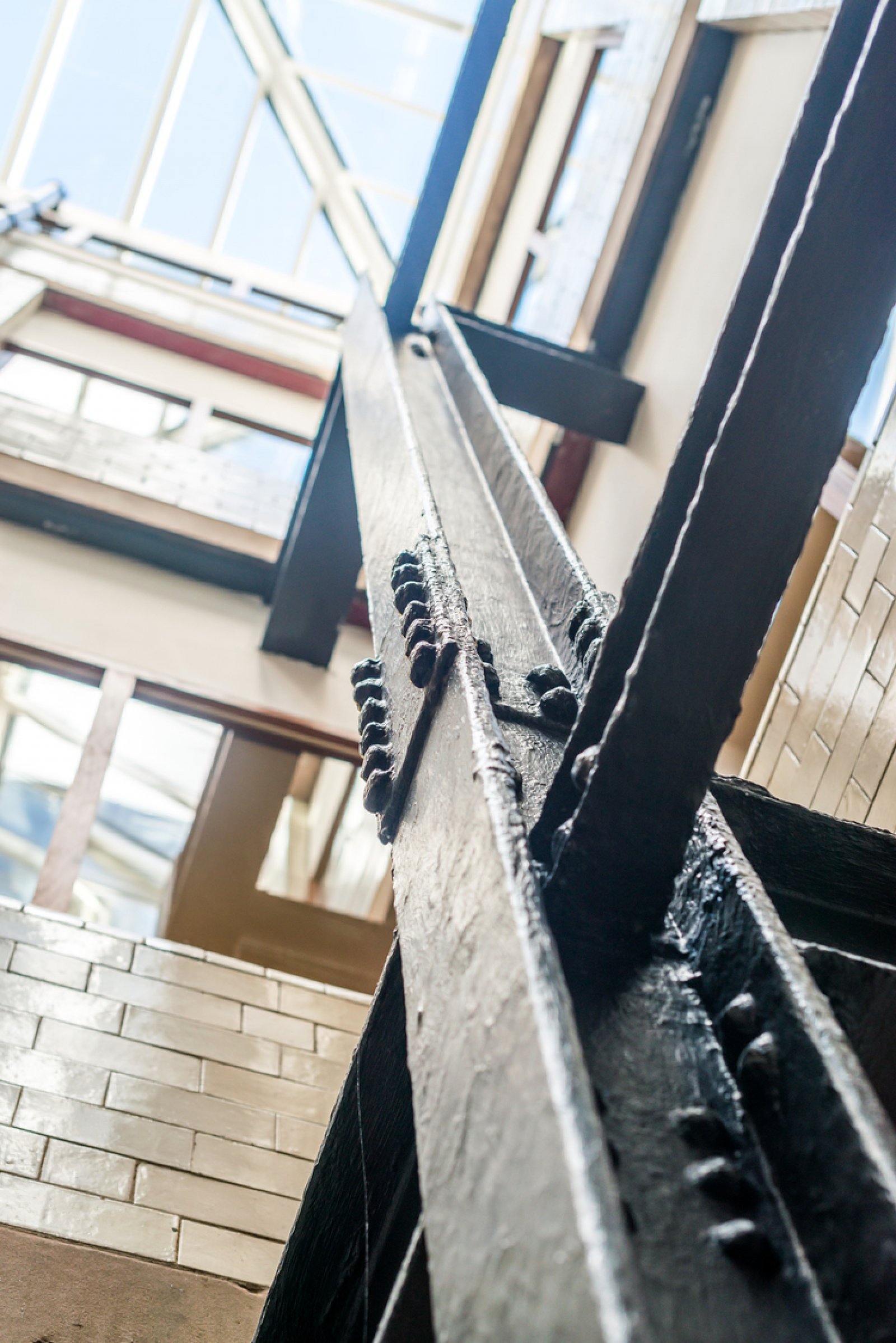 To provide the space for all necessary accommodation, a new zinc-clad rooftop extension was added to the rear so as not to alter the street elevation.

The glazed brick atrium was cleaned and the existing steel frame was left in-situ and redecorated.