Purcell’s sensational concept raises the city’s heritage assets above the streetscape. Viewing corridors will no longer be a barrier to new development and London’s most iconic buildings are uplifted and protected for future generations. 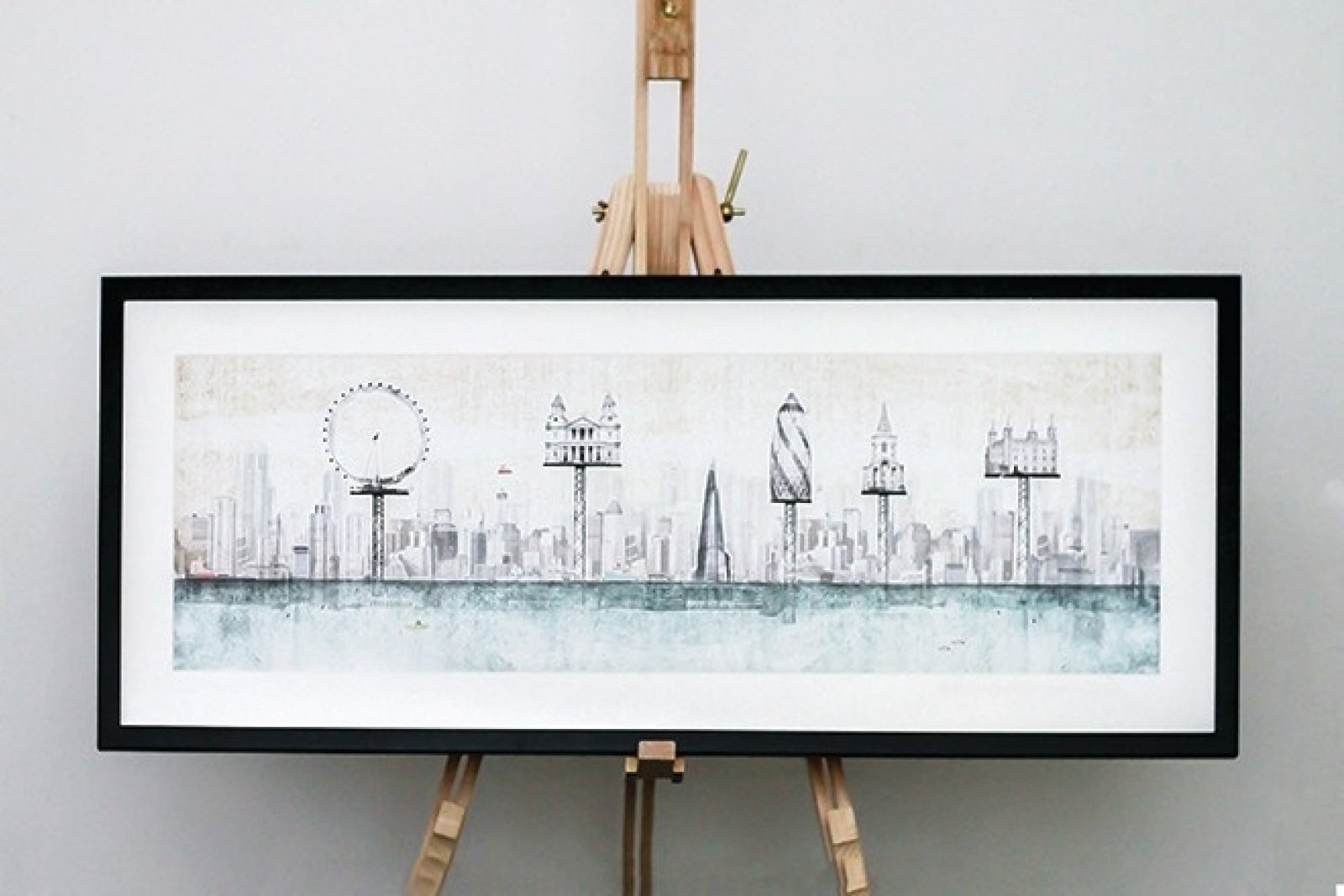 It is 2145. London is still the centre of the known world. While the sun doesn’t yet orbit the city, its planning laws still revolve around its much loved heritage assets. In 2073, in a delicate operation which has since become known as ‘lollipopping’, St Paul’s Cathedral was raised 130 metres into the air. With its viewing corridors no longer a barrier to new development, London’s skyline took on a new and exciting form.

To celebrate 130 years in business, property and construction consultancy Gleeds commissioned the UK’s top architects to produce works of art illustrating concepts for 2145. Purcell’s sketch (pictured) was one of 14 unique artworks that were later auctioned to raise money for the children’s charity, The Transformation Trust.

The exclusive auction took place on 3rd December at the RIBA in London. The auction raised a phenomenal £13.5k for the Transformation Trust. The money supports the charity’s Inspire US 2016 programme which will give 18 sixth form politics students from underprivileged backgrounds the opportunity to work as campaign interns for the last two weeks of the US presidential elections.