On an island as remote as South Georgia, planning is essential. Located three days by boat to the east of the Falkland Islands, South Georgia is a mountainous island the size of Suffolk located in the middle of the South Atlantic. The whaling station at Grytviken is internationally significant as the first shore-based whaling station for Antarctic whaling, for its associations with Norwegian whaling pioneer Carl Anton Larsen and as the resting place of explorer Sir Ernest Shackleton. We prepared a Conservation Management Plan to articulate the site’s significance and the relative importance of each surviving structure to facilitate planning for its future. A series of bespoke conservation policies and actions were provided to guide the conservation and management of a place where conservation faces some rare challenges.

Described as the ‘gateway to the Antarctic’ by Shackleton, who is buried at Grytviken’s cemetery, South Georgia and particularly Grytviken has played a vital role in Antarctic expeditions as well as finding itself caught up in the outbreak of the Falklands Conflict in 1982. The whaling station has not been used for whaling since the mid-1960s but today receives some 10,000 visitors a year —although none can stay overnight. Text, 1 column

The structures that remain at Grytviken are testimony to the multiple phases of development and adaptation that were undertaken. Moreover, they reflect the resourcefulness of a remote community, using and reusing the materials they could get hold of.

During the 2002/3 season, a massive operation was undertaken to clean up the oil and asbestos from the station, which resulted in the removal of many of the buildings but the retention of much of the plant machinery. The surviving 1950 barracks was recently renovated to form emergency accommodation in case of cruise passengers being stranded. Earlier in the 1990s, the church was repaired, and the Manager’s Villa and outbuildings were converted into the South Georgia Museum.

The result is a complex situation of renewed and used buildings, rusting machinery, building footings and an eroding shoreline overlain by the resurgence of wildlife, including the fur seals that were once hunted to near extinction on the island. The island’s remote location means that materials and skilled labour must be brought a long way to undertake works, whilst the climate severely limits access for several months of the year. Strong winds and ice heavily impact the surviving structures, such as the jetties along the shore. 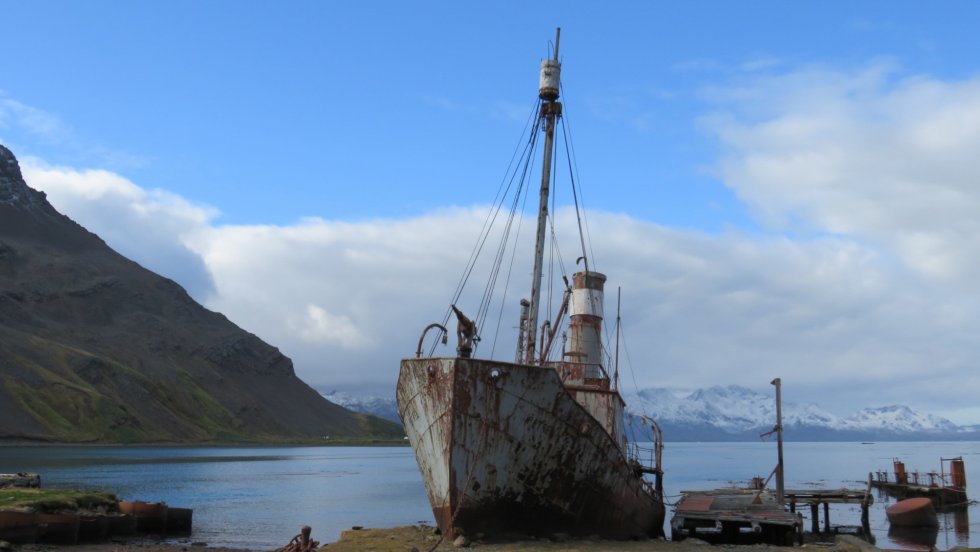 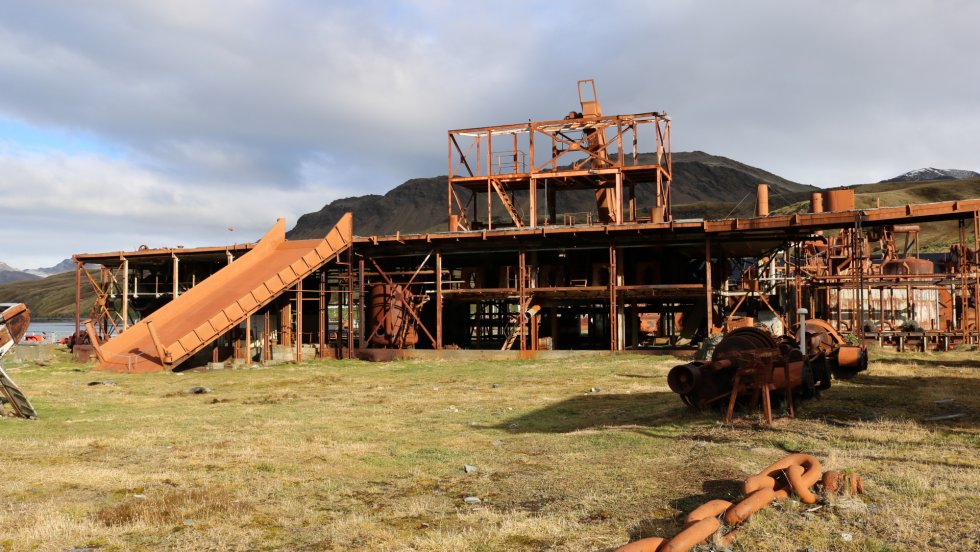 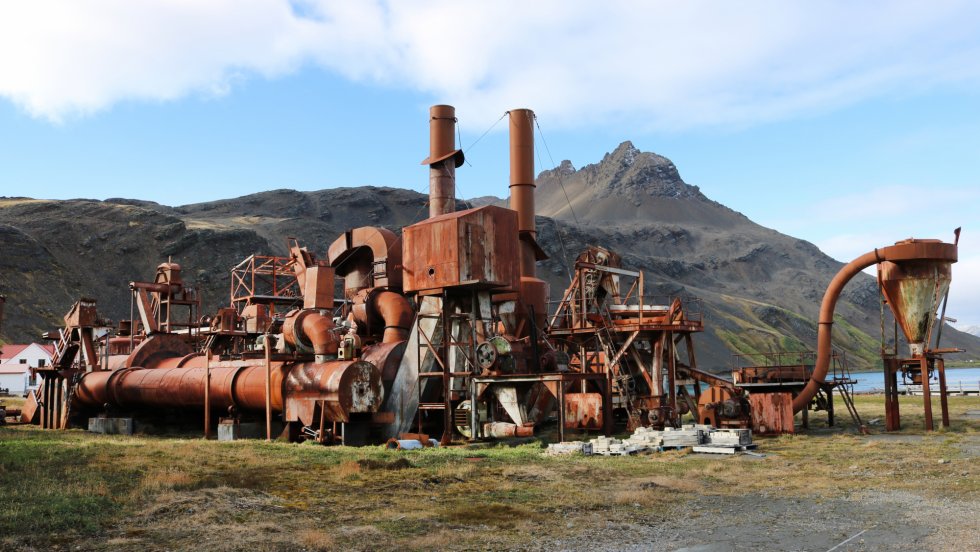 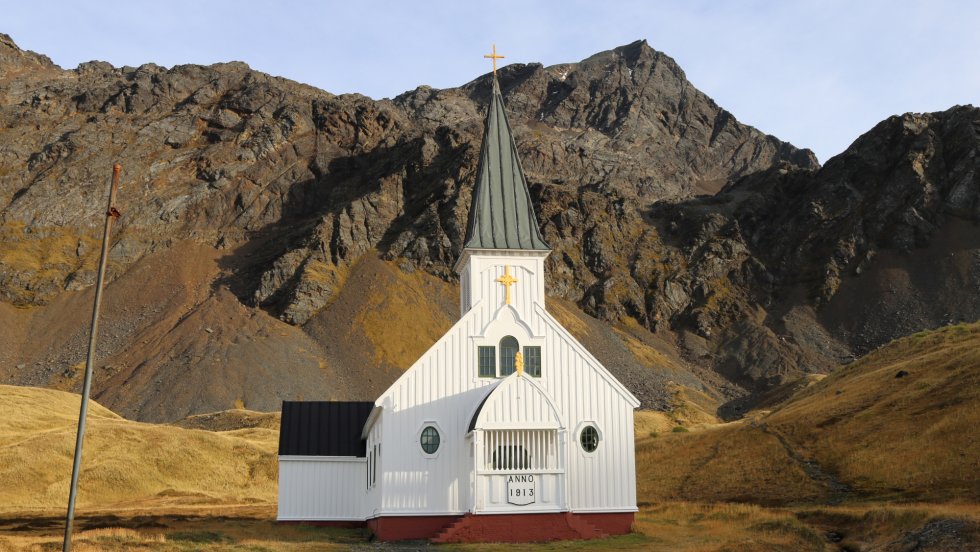 The CMP analyses the challenges facing practical conservation and the opportunities to enhance the significance of the site. The latter includes helping visitors to understand the site and making the whaling stations better known through engagement overseas, such as through exhibitions or talks in the Falkland Islands, Europe and elsewhere.

The CMP provides an account of the historical development of the site to aid understanding of those conserving the site, and as a basis for interpretation by visitors. It articulates the significance of the site and maps the significance onto a plan of the built fabric. Analysis of the issues and opportunities facing the site feeds into a conservation philosophy and policies to guide its future management and development. Priorities for larger projects are also identified. Some of the associated actions have already been incorporated into the forthcoming season’s work for the Government’s building team.